Did you know that the world does not always spin at a uniform pace? I didn’t – and I can’t help feel betrayed by my clocks. The difference is not one most people notice, slightly shorter or longer days hidden among our constantly shifting seasons. But scientists measure everything (thank goodness!) so not only do we know that my clocks are off by a fraction of a second, but that this phenomenon is directly tied to our recent (and ongoing) increase in major earthquakes world wide. Did I lose you there?

Between the pictures of your friend’s recent trip to Thailand and that one AMAZING cat GIF, you may have noticed more reports than last year of large earthquakes on the international stage. This is not due to increased coverage, but to the fact that at the time of my writing this 2018 has seen 13 earthquakes measuring at magnitude 7 or more, compared to just 7 in 2017.

What’s more, according to the experts this uptick in seismic activity is likely to last at least until 2021. Historically, these increases in the number of severe quakes have shown correlation with the slowing of the earth, following 5-6 years after the peak deceleration. This has occurred 5 times in the last century and usually produces a 25-30% increase in seismic activity measured magnitude 7 or greater. 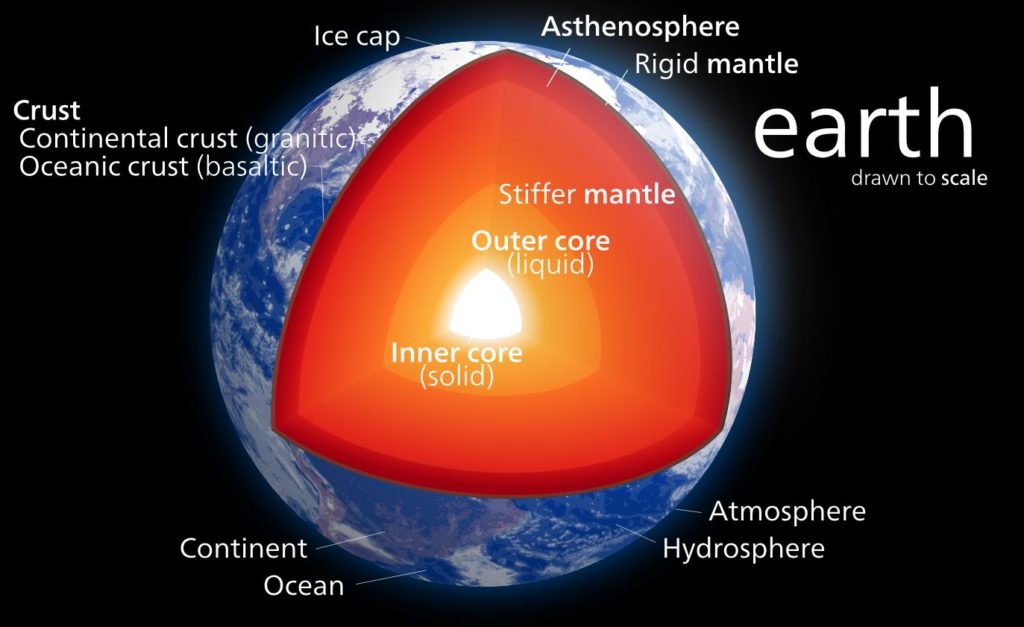 Why does this happen?

When the world slows for extended periods, even if the annual delay is only a few thousandths of a second, it causes the planet to contract around the equator. During this contraction the lithosphere (the rigid outer part of the earth consisting of the crust and upper mantle) around the equator still has momentum from when the world moved slightly faster, and it begins to override the underlying mantle. This is called lithospheric overshoot.

Beneath the lithosphere lies the asthenosphere, which is described by Wikipedia as “almost solid” and “highly viscous” – in other words, there’s a fair amount of magma down there. (Anyone up for a game of the floor is lava?) The yielding and viscous nature of this layer is what causes the delay of 5-6 years between the maximum deceleration and the seismic marathon of M7+ earthquakes when the equator contracts. Our last major deceleration was in 2011, making 2017-2018 the starting line for this round of quakes.

Once the various ‘spheres have caught up and our 5-6 years has passed the contraction of the equator begins in earnest. Tectonic plates are part of the rigid lithosphere and have much more trouble adjusting to the earth’s new waistline than the flexible asthenosphere. Tension is generated in the tectonic plates as their edges are forced together around a shrinking world initiating built-up earthquakes and creating stress (both in the earth’s crust, and in this writer).

Is the deceleration causing the Earthquakes?

Nope! The pressure created by lithospheric overshoot does not create new quakes (at least not that I could find), but instead adds tension to areas that were already weak and straining. This accelerates any pending earthquakes, but doesn’t create new ones.

What does this mean for people living in an earthquake zone?

Say it with me: Be Prepared.

Make a plan, get a kit, and practice, practice, practice! If you need a little extra motivation I highly recommend listening to the CBC’s podcast Fault Lines. It outlines some likely earthquake scenarios for Canada’s lower west coast using examples from Japan, Christchurch, and other sites of recent major earthquakes.

If you don’t know where to start, check out our handy resources and tutorials to help you get what you need together, and to provide direction to your personal preparedness.

This article was written by Zenia Platten – Writer and preparedness professional.