Living along the beautiful, rugged West Coast of British Columbia has a lot of perks, but it also comes with the responsibility of living within the Pacific Ring of Fire which is home to about 90% of the world’s earthquakes.

Of course, that also means that along the coast of British Columbia we’re prone to tsunamis, which are series of waves most often generated by major earthquakes beneath the ocean floor.

We say responsibility because here at Quake Kit we believe it is our collective and personal responsibility to build knowledge around emergency preparedness and prepare ourselves by knowing the major risks in our area, storing up supplies and creating safety and survival plans.

Tsunamis are one of the major risks associated with earthquakes. If you’re prepared for an earthquake but not a tsunami while living a coastal life, you’re only halfway there.

Do you know the 5 different types of tsunami alerts? 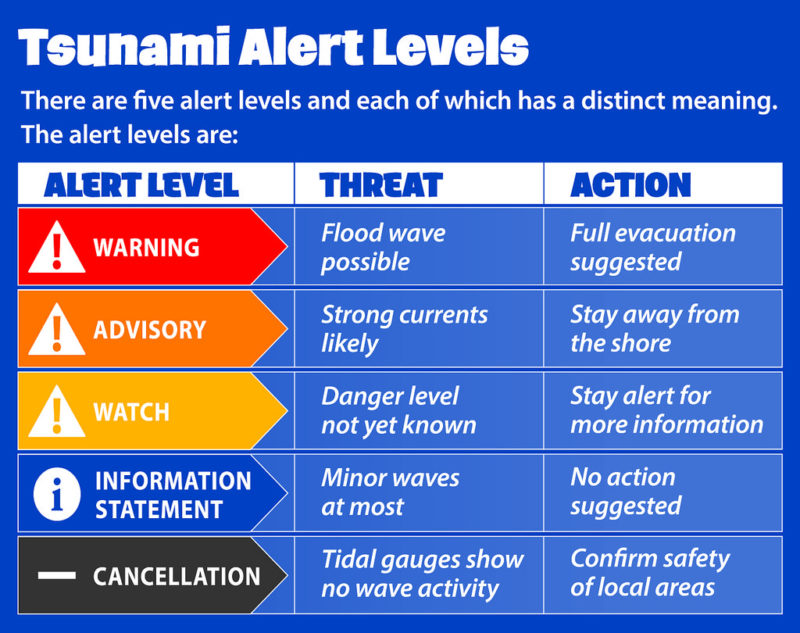 It’s also a good idea to know your zone, so you can quickly find out whether tsunami alerts apply to you, and take action if needed.

Here on Vancouver Island where we’re a bit more remote, it’s recommended that you prepare for up to 2 weeks of self-sufficiency after an earthquake or tsunami. The more you know, the more likely you’ll want to get an earthquake kit or revisit the one in your closet and check that its contents are up to par. If you’ve got a substantial kit at home, it might be time to consider keeping supplies in your car, too!

If you’re interested in learning more about earthquakes and tsunamis, please visit the BC government’s page on tsunamis. You can also find out more by visiting our website and blog!